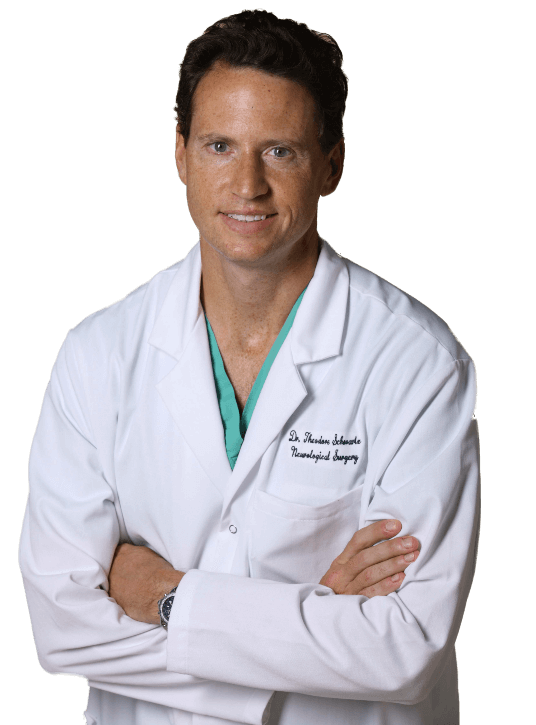 The simple answer is “yes”. Although only 25% of the current delivered through the tDCS electrodes reaches the brain, since much of the current is absorbed by the skin and bone, studies have clearly shown alterations in the physiology of the underlying brain cells. A 2mA stimulus intensity applied to the skin generates <0.5 V/m fields in brain which generates 0.1-0.2 mV changes in membrane potential of the brains’ neurons. This amount of current cannot make the cells fire, but it can depolarize the membranes of the cells making them easier to fire and enhancing their excitability. In addition to impacting neurons, tDCS can stimulate blood vessels and other cells in the brain called astrocytes. Studies using functional MRI, which measure blood volume and oxygenation in the brain have shown that tDCS can increase blood flow and oxygenation in the brain underlying the electrodes. An increase in oxygenation in the brain may help nourish neurons and enhance their ability to perform optimally. Meanwhile, astrocytes, the cells that support the neurons in the brain and clean up waste, show dramatic increases in calcium with tDCS indicating that their activity is also enhanced. How this impacts brain function is not well understood but the function of astrocytes is to soak up the neurotransmitters released by neurons when they communicate with each other. If the astrocytes are working harder, it may just reflect an increase in neuronal activity in the surrounding neurons.
The simple answer is “yes”. While some functions in the brain like movement, sensation and vison are highly localized, others are widely distributed. Higher order functions such as attention, focus, memory storage and behavior function involve large networks of the brain, but certain specific areas may orchestrate or exert a powerful influence over the network. The LIFTiD device sits approximately over an area called the dorsolateral prefrontal cortex (DLPFC). Several studies have demonstrated that the DLPFC is important for attention, memory and decision-making. Hence, stimulation in this area will have an impact specifically on these abilities (for more information on DLPFC see below). If you read an article about tDCS and its effects on the brain, make sure to pay attention to where the electrodes are placed. For example, some studies may show effects on motor response or visual processing and the electrodes may be placed over motor cortex or visual cortex. However, choosing DLPFC as the site of the electrodes will potentially enhance attention, focus, concentration and performance as has been demonstrated in multiple scientific studies showing enhancement in these abilities with electrodes in a similar location.

There are several studies that have been performed to assess the impact of tDCS electrodes placed over the forehead (the general location of F3 and F4 over DLPFC). Some studies are well designed, with control groups and objective measurements of focus, attention and processing speed. Others are not well-designed and should read with skepticism. In one very well designed study, McIntire et al. (see reference below), 50 men and women were divided into 4 groups and given tests of attention, reaction time and short term memory over a 36 hour period of sleep deprivation. While one group received real tDCS, others received placebo tDCS and others received caffeine gum. In this study, the tDCS group had statistically significant better performance than the other groups. In another study by Nelson et al (see reference below), two groups of ten men and women were given either real or sham tDCS to DLPFC. Both groups were administered a test of multitasking. The group receiving tDCS showed a rapid increase in their ability to multitask sustained over the course of the experiment. These studies and others like them indicate that the effects of tDCS are reproducible. However, studies with small groups can be prone to error and studies with larger populations may be required to confirm these results.

The simple answer is that, as far as current research studies have shown, tDCS is safe and will not cause harm to your brain. In over 3000 publications on tDCS, no permanent negative side effects have been reported. The primary effects of tDCS are not permanent. In fact, many studies show that twenty minutes of tDCS alters brain physiology for roughly one hour, after which the brain’s function returns to its baseline. This implies that the effects of tDCS are short lived and the device must be worn during the period of time when the effect is desired. There are certain possible side effects in a subgroup of individuals with medical conditions listed in the warnings in the user manual and on the device website and these individuals should avoid tDCS. In general, people with neurological disorders that may be exacerbated by the device or with implanted electrical devices such as cardiac pacemakers should avoid commercial tDCS devices. A subtle tingling feeling in the scalp underneath the electrodes is normal and not dangerous. This results from stimulation of the sensory nerves in the skin. It is important to follow the recommended guidelines for use of the device. Longer duration of stimulation does not translate to an increased effect.
DLPFC is an acronym that stands for the dorsolateral prefrontal cortex. It describes an area of the brain that sits roughly at the hairline a few inches away from either side of the midline. The word “dorsal” implies more posterior, or further back than “ventral” like the dorsal fin of a dolphin. The word “lateral” refers to a location that is not “medial”, meaning away from the midline. DLPFC exists both on the right and the left side of the brain and is a subsection of the prefrontal cortex. DLPFC has been ascribed control or involvement in a variety of higher order cognitive functions such as cognition, attention, working memory, and decision-making as well as implicated in emotional, social, motivational and perceptual processes.

The human brain is not actually separated into regions. The brain is a homogeneous sea of densely interconnected neurons. Regional nomenclature is created by scientists so as to better understand how the brain works and to communicate with other scientists using a commonly accepted classification for brain regions. These regions can be defined anatomically, based on a “where” definition and also “functionally” based on a notion of what function that area of the brain sub-serves. However, the concept of regional specialization of the brain is based on the old-fashioned phrenology map of the brain, which has been proven completely inaccurate. While basic functions like movement and vision have a location in the brain which is mostly conserved between individuals, high order functions such as attention, long-term memory storage and language involve wide-spread networks of the brain with regional “nodes” that may coordinate or bind activity from a variety of locations. Moreover, the location of these nodes may be somewhat variable between individuals, such has been shown in language mapping studies of Wernicke’s area.

The concept of the pre-frontal cortex actually dates back to 1884 and was modified by Brodmann who defined the region anatomically based on the layering of the cortical neurons. DLPFC is defined anatomically in some studies as encompassing Brodmann Areas 9 and 46. Such an anatomical definition, like phrenology, has no actual bearing on brain function. The next evolution in the definition of the frontal cortex was again anatomic and was based on projections from the thalamus, however more detailed anatomic studies proved this definition to be also inconsistent. The other widely used definition of the location of DLPFC is under the F3 electrode as derived from the standard 10-20 electrode montage used for electroencephalography (EEG). This system is designed to place 20 electrodes in evenly spaced out locations over the skull to sample the entire cortical surface. It is ludicrous to think that electrode location F3 would somehow miraculously be placed over a unique and special location of the brain that might sub-serve a particular function in the brain. Rather it is a reproducible location that is widely accepted across the world as a common reference.

Realizing the limitations of anatomic definition of DLPFC, another option would be to define DLPFC functionally. For example, functional MRI scans of people with depression have shown alterations in blood flow in areas that roughly correspond with an anatomic definition of DLPFC and transcranial magnetic stimulation of this area has led to significant improvements in several studies. However, the actual locations of the changes in blood flow are variable between individuals and do not exactly correspond with the anatomic locations of DLPFC. Moreover, transcranial magnetic stimulation impacts only a portion of DLPFC, which is actually a large area of brain that itself may have multiple sub-regions, each with its own with different functional specificity. Finally, if one measures resting state blood flow changes examining the network associated with DLPFC, the anatomic location is extremely variable, up to 4 cm between subjects and even within a single subject measured at a different timepoints.

In summary, the concept of a single anatomic location in the brain that is conserved between all individuals and that controls a specific higher order function is probably not accurate. More likely, there exist multiple overlapping networks with organizing nodes that are each involved in multiple higher order functions to a greater or lesser degree. Transcranial brain stimulation can impact these networks and nodes in ways we do not fully understand and while the general location of the stimulation is important, given the variability between individuals as well as the spread of the electric current, there is little evidence that millimeter precision is critically important.

Dr. Theodore Schwartz shows how tDCS can impact astrocytes, blood vessels and neurotransmitters in the brain.

Dr. Theodore Schwartz on the LIFTiD device and how it could impact your brain.

Dr. Theodore Schwartz on the brain and today’s society.